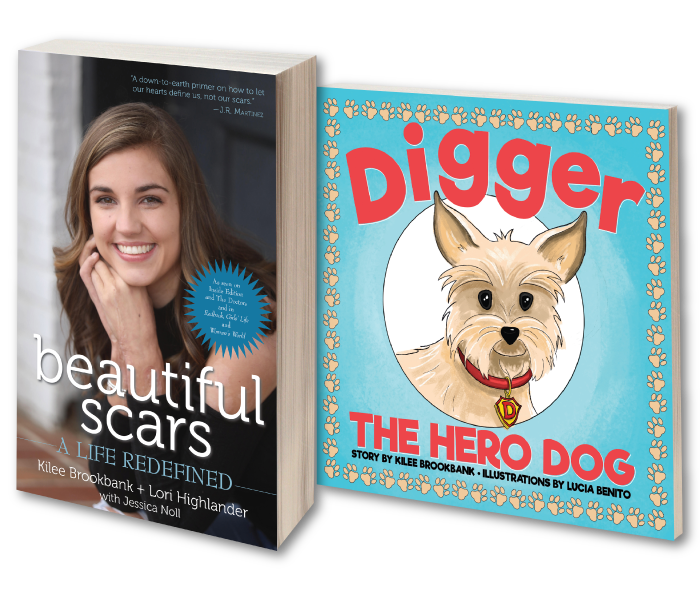 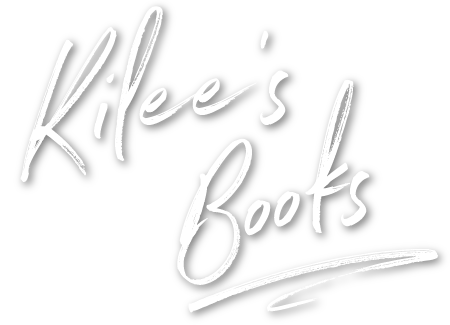 Get Your Copy Today!

A Moment Can Change Everything

Kilee was a typical sixteen-year-old, thinking about school, soccer, and her friends. But her last ordinary day erupted in an explosion that consumed her house, burning forty-five percent of her body and sending her to the very brink of death. After thirty-eight days of surgeries, skin grafts, perpetual physical therapy, and excruciating pain, she had to discover how to live again. Kilee redefined who she was and discovered a strength she never knew she had. Beautiful Scars is the story of Kilee and her family—a story that will inspire readers to push beyond their boundaries and make an impact on others along the way.

A portion of the proceeds from sales of Beautiful Scars will benefit Shriners Hospitals for Children-Cincinnati. 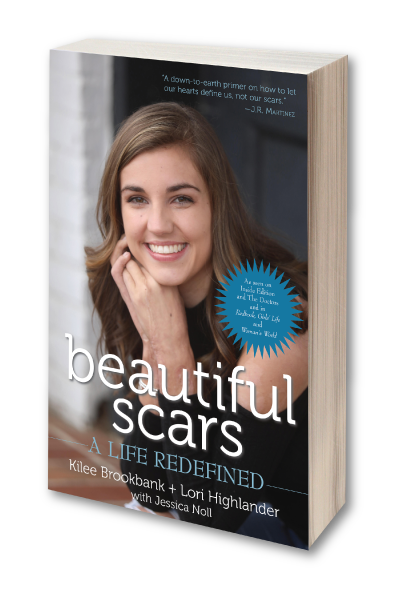 About Digger the Hero Dog

Digger Highlander was an everyday, average Chorkie, a cute little dog who loved his family and had a particular fondness for playing in the yard.

But one day, when he was at home with his human sister, Kilee, Digger smelled a funny odor and then heard a loud boom! Confused at first, he quickly realized Kilee was in trouble. There had been a gas leak in the house, and the candle Kilee lit had started a fire. Kilee lay on the bathroom floor, unconscious and covered in burns.

That’s when Digger sprang into action. He raced to the bathroom and barked so loudly that he roused Kilee before leading her running from the house, leaving behind the deadly flames.

Kilee spent thirty-eight days recovering in a hospital, and when she returned home, Digger stayed by her side as she faced a difficult recovery. Today, more than three years after the fire, Digger remains Kilee’s best friend and protector—a genuine hero who just happens to wear fur.

Digger the Hero Dog is a true story of the bond between humans and their pets with a happy ending and an important fire-safety message for children. Just as Digger did, kids will learn that even the littlest among them can make a huge difference in the life of a friend. 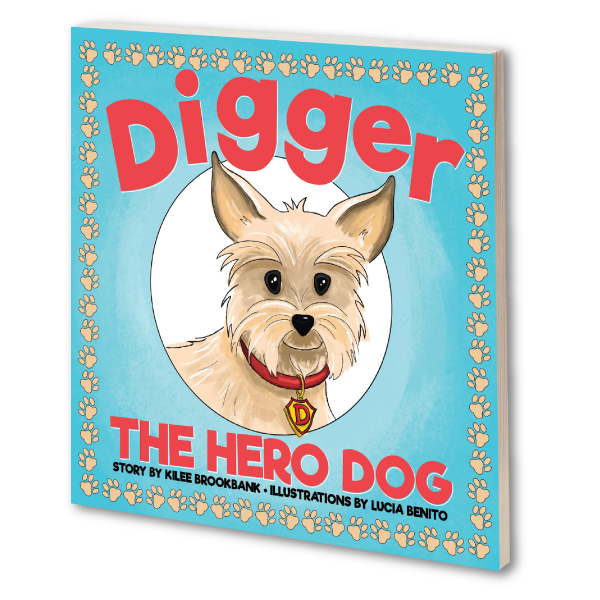 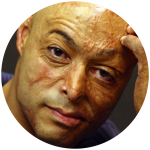 "Kilee’s spirit shines through her every word. ‘Beautiful Scars’ is a down-to-earth primer on how to let our hearts define us, not our scars.” 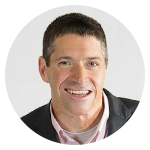 “It took me many years – decades even – to embrace my fire, my scars, my story, my gifts – the way that Kilee has naturally done in just a few short years. ‘Beautiful Scars’ is a reminder that we don’t always get to choose the path we walk in life, but we can always choose the manner in which we walk it. Kilee, a heartfelt thank you for the reminder.”

John O’Leary, Bestselling author of ON FIRE: The 7 Choices to Ignite a Radically Inspired Life

“Kilee’s ‘Beautiful Scars’ shares her story of hope. In one single moment, a tragic accident almost took her life and put her through months of physical and emotional challenges. Despite these obstacles, Kilee’s beautiful and joyful spirit demonstrate to all that there is life and hope after serious tragedy. This book is an encouraging story for burn survivors and anyone surviving trauma.”

“This book will touch the hearts of mothers and daughters across different life experiences, and it will provide hope and encouragement to people who have lived through traumatic injury and recovery or helped children through such a harrowing process. Both Kilee and her mother offer their honest insights, not denying the pain and despair they felt, even as they cling unwaveringly to hope.”

“This is such an emotional, inspiring story, it is hard for me to put into words how I feel about this book. … In terms of writing, I think everything flowed well, I liked the alternative perspectives, and I really loved the parts where Cameron added his thoughts.”

“I really liked that the story was told from the perspective of Kilee and her mom, Lori. Lori’s perspective made me think about the emotions and difficulties moms go through when something happens to their children. … I found the book interesting and a worthwhile read as a whole. I learned much more about the aftermath of a burn than my sister or I do in medical school. This book is worth a second look!”

Get Your Copy Of Kilee's Books Today!

Would you like to interview Kilee Brookbank or request information about her books?   Please email Jennifer Scroggins at jscroggins@kicamprojects.com.